I’m not good with Casinos….I’ve been to Vegas any number of times and on the last half dozen visits I don’t think I’ve gambled more than five bucks.  It’s partly that I don’t trust myself to get into something that addictive…part that I worked hard for that money and part that I’m just not good at it. There is a giant casino out there where the punters are playing marketing dollars for sales and it’s called Google. Historically Google has largely been the resort for large rich companies with teams of marketing professionals like us pitting their wits against the house.
Whilst Google has been doing very well of late with ad revenue up nicely in Q4 last year, the average click value declined 11% in the same period. What’s diluting the click price is the massive growth in mobile device clicks which (as yet) aren’t as valuable as desktop clicks. The problem Google has is that mobile clicks have already surpassed desktop and show no sign of slowing down.
So whats a giant Casino to do when the punters are growing in volume but avoiding the high stakes tables. The Casino either gets the same punters to spend more time at the high stakes table…or attract a bunch of new punters…hopefully without as much expertise as the existing crowd. I live in SoCal and we have an amazingly large number of Indian Casinos in our region (I know a guy who services slot machines and he has over 100 locations he serves within driving distance). What the Casinos do is bus punters from location to location all day long.
Yesterday Google’s Chief Business Officer made some interesting statements to the financial world at a Morgan Stanley Conference. Disambiguating these kind of statements is tricky…but several points seem to be emerging through the linguistic fog of Google speak. 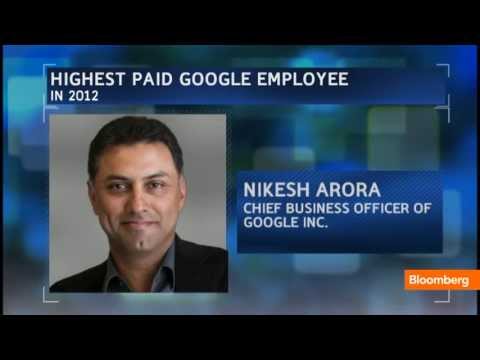 Google sees small local businesses looking to reach local customers looking for local customers on their mobile devices as the next influx of fresh meat to their Casino
It thinks this influx will drive the value of mobile clicks to “become a multiple” of the comparable desktop clicks…..which would nicely solve the problem of mobile clicks driving down average click value.
That’s a really interesting set of statements. We already see the impact in local businesses (most of whom aren’t online marketing experts) joining the casino. Online advertising isn’t a sport for the inexperienced…it’s incredibly easy to put money down and blow through it in perhaps seconds without the advertiser seeing a single cent of return on their investment. We know from our own efforts that tracking the ROI for local businesses can sobering.
The risk is that Google will continue to market aggressively to local businesses who will show up at their Casino slap the college fund down and leave never to return because they simply didn’t see the value. Google has recently been telling the cohorts of marketing professionals who have been spending with them for many years to look beyond the obvious conversion event and look for value driven by search all over the web. It’s possibly a good argument to make to Nike or Apple…it’s much tougher to convince a roofer or dentist of almost invisible value.

Our business is based on driving proven ROI in the form of tracked calls.  The mess created by local businesses headed into the Google casino is likely to make businesses even more suspicious of everything online…which might be great for us long term it puts many of the tables out of reach for the professional gamblers amongst us.